acknowledged as the original source. Please contact the webmaster for permissions to use any content at webmaster@londonwolves.com All materials/designs on the website are © WWLSC. “London Wolves® is a registered Trade Mark.. London Wolves Ltd is registered in England No: 05329824 Registered Office: 100 Fairthorn Road London SE7 7 FW 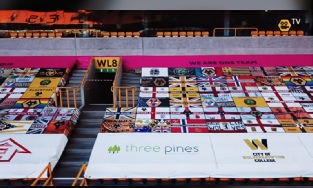 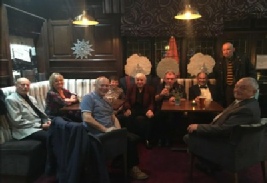 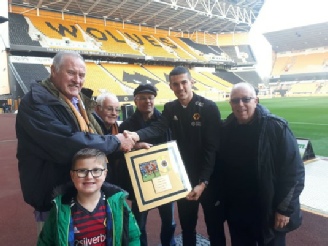 More Players of the season - here

We offer discounted travel and match tickets from London to home and away Wolves matches+social events. Membership info/form click here

Match ticket restrictions home and away 2018-20

For questions to the Fans’ Parliament please use Twitter @FansParliament

Peter Abbott is the London Wolves representative.  next meet tbd

The 2018 AGM returned to the Paternoster near St Paul’s Saturday July 21 3:00pm minutes at agms.html

Contact abbswolf@londonwolves.com with questions for the WW Fans’ Parliament minutes

Our friends from Wolves glory days at the 50th Anniversary dinner

And a Mike Bailey article on David Instone’s site here 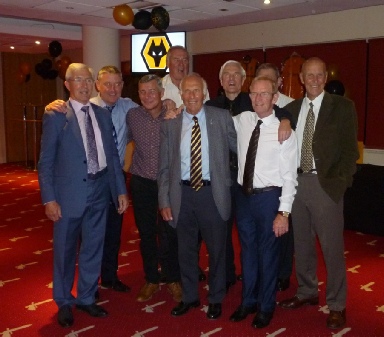 A message from the Chairman:Members are reminded that while they are travelling, at the match, on the way, especially on the train, or even in the pub home or away they are seen to be representing both Wolves and London Wolves at all times, and are expected to behave appropriately. Complaints have been made about bad language on the train in front of other passengers. London Wolves support the Club’s campaign to cut out bad language in the family areas and expect that to be respected and will take action under rule 5 if it is not. 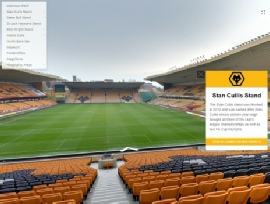 Congratulations to EMMA Wolves Women Player of the Season 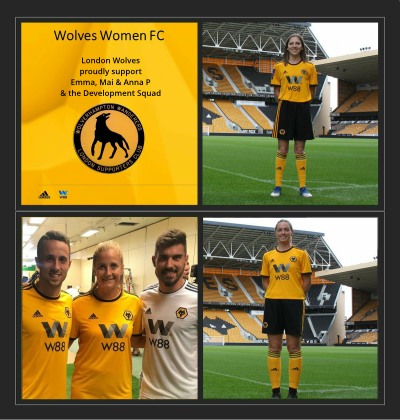 The Express & Star live RSS feed is back here or followTim Spiers https://twitter.com/tim_spiers_Star

- a mini tournament in Germany (behind closed doors it seems)

(So Olympiakos may still be at Moli)

Round of 16 fixtures will kick off  at

Peter W will hold any monies paid for West Ham and the Olympiakos away leg as a credit against new tickets.  If you would prefer the money back please contact Peter (travel@londonwolves.com)

Wolves will offer a pro-rata credit towards 2020-21 season ticket or a refund may be requested to STH details here and of match refunds and they will be refunding us for Olympiacos (away), West Ham and Villa.  They are not refunding Olympiacos home tickets at the moment,..awaiting UEFA confirmation

Wolves preparing to strengthen the pack in January 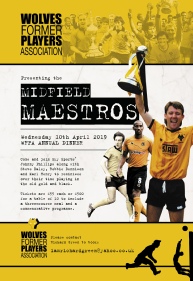 Tube: might be a Sunday service in operation though

Southwestern Railway (Putney station) has no service on Boxing  Day

Parking charges are normally suspended in Hammersmith & Fulham for Boxing Day - however the zone nearest the ground will have normal match day restrictions. Details and map here zone x and here zone y

Other stations are also closed for Boxing Day including Euston & Paddington - more details at http://www.nationalrail.co.uk/service_disruptions/172038.aspx.  There are some limited services to Ipswich from Liverpool St.  Stratford also has limitations and Southeastern Railway has no service (apart from St Pancras to Ashford).  Services should be back to normal for the home match against Palace on Wednesday 2nd January 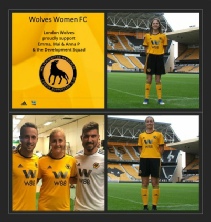 as well as supporting the Development Squad

The FA has expunged all results for 2019-20 for this division. Wolves just need 3 wins to guarantee Championship 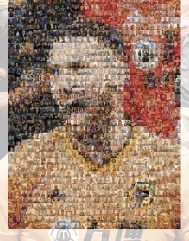 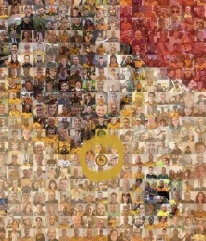 Note that general tickets for the UEFA Europa League final were on sale until March 12 at uefa.com/tickets FINAL POSTPONED

It is with great sadness that we report the passing of Carl Millward, a long standing and very popular member from Covid-19 on March 31st.  Our heartfelt sympathies are with Paula and his family. Carl’s funeral was in early May and Roy arranged for his mention in the Wolves Memorial Service,  Roy writes "Carl. Rest in peace my friend;  you always put a huge smile on my face, you will be in safe hands now with all our wolves angels in the sky. "  Thanks to Barry Baker, too, for the second picture of Carl in a familiar pose on Blackheath common.  Carl was well known for his love of not only Wolves but also the scooter scene and Northern Soul and was pleased to meet BBC Midlands Queen of Soul at a Wolves Women event.  Barry wrote in April "London Wolves lost one of their own today. Carl Millward lost his short battle with the coronavirus. Our thoughts are with his wife Paula, family and close friends. God Bless You Carl RIP"

Nuno's Wolves: Is the Champions League a real possibility?

Want to get close to Allstars - follow the @WolfWhistlePod podcasts - recently with Mel Eves here and, coming soon, Jody Craddock

And the Wolves Allstars in Surrey in June!  details

“AN EVENING WITH BULLY”

WEDNESDAY 20th NOVEMBER In The City

Meet the Players no longer available

Peter’s travel to January 2020 on the travel page

Match ticket restrictions home and away 2018-20

For questions to the Fans’ Parliament please use Twitter @FansParliament

Peter Abbott is the London Wolves representative.  next meet tbd